A review of Odysseus Abroad, a novel by Amit Chaudhuri. 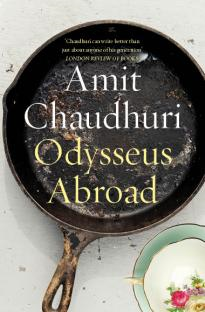 Ananda Sen, the young Bengali protagonist in Amit Chaudhuri’s sixth novel, Odysseus Abroad, is an aspiring poet, singer of ragas, and seeker of the romantic spark in London, 1985. Raised in Bombay but with ancestral roots in Sylhet, Bangladesh, Ananda has been studying English literature for over two years at a university in London—all details that also describe Chaudhuri’s own past. Ananda’s maternal uncle, Radhesh Majumdar—a character based on Chaudhuri’s own uncle—is in London too, in a Belsize Park bedsit for 24 years. Odysseus Abroad is a portrait of Ananda, Radhesh, and their relationship, rendered through their memories, everyday experiences, and responses to contemporary British culture.

Odysseus Abroad is not a traditional novel. It has no plot, no existential crisis, no darkness lurking in any soul; nor does it abound in moral conflicts or messy heartbreaks. In a recent interview, Chaudhuri, professor of contemporary literature at a British university, claimed to have ‘rejected the monumental superstructure of the novel in favour of the everyday rhythms of the day.’ Sadly, in Odysseus Abroad, this feels like the author taking away the cake and not offering any pudding either.

The novel opens with Ananda, 22, who dreams of getting published in Poetry Review, practices singing twice a day, and frets about his noisy Indian neighbors above and below his flat. From the daily rhythm of noises—creaking floorboards, kitchen sounds, a new kind of ‘angry, insistent’ music called ‘rap’—he has figured out the patterns of life of the young Gujaratis upstairs. Though ‘disengaged from Indian politics’, he is ‘dilettantishly addicted to British politicians—the debates; the mock outrage; the amazing menu of accents’ on TV. We learn that his privileged class status in India—marked by a ‘cursory but proud knowledge of Bengali literature’, ‘lettuce sandwiches as a teatime snack’, speaking English at home, ‘a diet of Agatha Christie and Earl Stanley Gardner’ in his early teens—meant that he remained largely oblivious to class until he came to England.

Financed by his parents, he lives frugally, eats Chinese takeout, suffers from acidity, and masturbates often—his two sexual encounters with others are limited to ‘coitus with prostitutes’ in Bombay, which had settled that he is not gay. He reads the Oxford Companion to Modern British Literature, and—idly and preciously—dwells on ‘cherished lines and phrases’ by and about Shakespeare, Shelley, Auden, Keats, Larkin, and others. Wasn’t it only in England, he wonders, that he had discovered the beauty of the word ‘summer’ (as in ‘Shall I compare thee to a summer’s day?’)? About Larkin’s three slim volumes of poetry, wasn’t there ‘something wonderful about their antithetical efflorescence, their muted hostility to their own existence’? Alongside such reflections, Ananda imagines his own poems to be ‘frozen pieces of music’ shaped by viraha—an Indian variant of eros suffused with a sense of separation from, and longing for, the nameless beloved.

Ananda’s first two years in London, we learn, were painful. He felt ‘terribly excluded’ from his social milieu. He stopped attending lectures and only appeared for his tutorials, where he had some mildly amusing interactions with three tutors, including a beautiful young feminist. His co-students filled ‘him with nervousness and distrust because of their pink complexions and blue eyes’. He finds himself developing ‘a strange unconscious familiarity’ with all non-Caucasians in London, who ‘could be presumed upon in a way that the white man couldn’t.’ Unlike non-Caucasians, whose ‘consciousnesses were fuzzier, less individual, and softer, like their physical features—noses, jawlines, bodies’, the ‘very clarity and perfection of features made each version of [the white man] separate, singular, and quietly nervous-making’ to Ananda.

He meets his uncle once or twice a week. ‘They got on each other’s nerves, but had grown fond of the frisson. He was Ananda’s sole friend in London—and Ananda his.’ Ananda’s parents, before his birth, had lived in the same building in Belsize Park where Radhesh had arrived and still lives. Radhesh reminisces about his time in London with Ananda’s parents and their childhood in Sylhet. His account abounds in quotidian details, trifling resentments, and repetitive musings. Radhesh never married and Ananda even suspects him to be a virgin. His big regret in life is to not have become a director at Philipp Bros, a shipping company where he worked as a Chartered Shipbroker, before he was made redundant. Now a pensioner, he obsessively cleans his bowels every morning, rarely bathes, wears an old three-piece suit, watches B-grade action films, relates ghost encounters, and reads the Pan Book of Horror Stories. He defends Tagore as the only worthy poet ever, dismisses Western civilization and its technological marvels as ‘a brash, superficial form of energy’, and sees himself as a pillar of his family for sending money to relatives in various ‘corners of Bengal and Assam’. Even Ananda cannot tolerate him without mild irritation.

The only chronological actions in the novel are the ordinary events of a day in Ananda’s life. He meets his tutor, pays his rent, and visits Radhesh at the latter’s bedsit that afternoon. They engage in desultory talk, wander a few streets, and dine at an Indian restaurant. The novel does evoke a modest sense of place, especially the streets of London. Many South Asian immigrants may recognize aspects of their experience in Britain—their fears, responses, patterns of life—but the novel offers little beyond the occasional pleasure of recognition or amusing repartee. More often than not, its two main characters seem tediously self-absorbed; it’s hard to care for them or their trivial concerns. Chaudhuri’s prose is well-wrought and very readable but too often his portraiture amounts to little more than a parade of pallid vignettes, prosaic observations, and superficial cultural and personal idiosyncrasies. 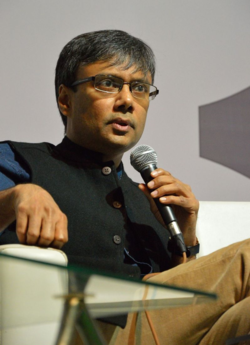 Contrast Ananda’s story with another quasi-autobiographical story, of the young South African protagonist in JM Coetzee’s Youth (2003), also an aspiring poet and artist who arrives in London and takes up residence in a Belsize Park bedsit. Like Ananda, his life in London is dreary and hard, devoid of any romantic sparks to sweep him away. His awkward social and sexual encounters lead him to think that ‘he is still a child ignorant of his place in the world, frightened, indecisive. What is he doing in this huge, cold city where merely to stay alive means holding tight all the time, trying not to fall?’ Ananda rarely offers us such probing self-reflection. Youth, unlike Odysseus Abroad, is a dazzling portrait of a young man’s inner life and his growing artistic, emotional, and moral self-awareness.

Chaudhuri has been called a miniature artist. This is a claim about form—the size of his canvas—not the quality of its content. Miniature artistry can be moving and profound. What’s problematic with Odysseus Abroad is not the form but the content. If the miniature artist depicts the mundane and the impressionistic, as Chaudhuri does, at the expense of the many deep and invisible motive forces in our lives, we’re left with a mere chronicle of the minutiae. What artists offer to the world is up to them but shouldn’t we demand more from the art we applaud? To call this a retelling of the tale of Odysseus and Telemachus seems pretentious. Rather, it’s a middling, if lovingly told, story of two unheroic immigrants. Odysseus Abroad is not only a portrait of the banal, it’s also a banal portrait.
_________________________