In the summer of 2010, over 20 million people were affected by the summer floods in Pakistan. Millions lost access to shelter and clean water, and became dependent on aid in the form of food, drinking water, tents, clothes and medical supplies in order to survive this humanitarian disaster. It is estimated that at least $1.5 billion to $2 billion were provided as aid by governments, NGOs, charity organizations and private individuals from all around the world, and helped contain the devastating impact on the people of Pakistan. These floods crippled a flailing country that continues to grapple with problems of widespread corruption, illiteracy and poverty. 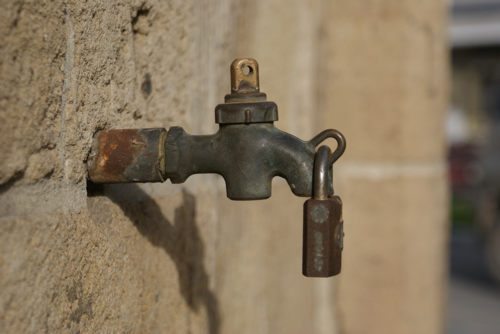 In the summer of 2010, giant floods devastated parts of Pakistan, affecting more than 20 million people. The flooding started on 22 July in the province of Balochistan, next reaching Khyber Pakhtunkhwa and then flowing down to Punjab, the Pakistan ‘breadbasket'. The floods eventually reached Sindh, where planned evacuations by the government of Pakistan saved millions of people.

However, severe damage to habitat and infrastructure could not be avoided and, by 14 August, the World Bank estimated that crops worth US$ 1 billion had been destroyed, threatening to halve the country's growth (Batty and Shah, 2010). The floods submerged some 7 million hectares (17 million acres) of Pakistan's most fertile croplands – in a country where farming is key to the economy. The waters also killed more than 200,000 head of livestock and swept away large quantities of stored commodities that usually fed millions of people throughout the year.

The 2010 floods were among the worst that Pakistan has experienced in recent decades. Sadly, the country is prone to recurrent flooding which means that in any given year, Pakistani farmers hope and pray that the floods will not be as bad as those in 2010. It would be natural to assume that recurring flood disasters force Pakistani farmers to give up farming and migrate to the cities in order to make ends meet. But a recent study published in the journal Nature Climate Change by Valerie Mueller at the International Food Policy Research Institute has identified the actual driver of migration among rural Pakistanis: Heat.

Mueller and colleagues analyzed the migration and weather patterns in rural Pakistan from 1991-2012 and found that flooding had a modest to insignificant effect on migration whereas extreme heat was clearly associated with migration. The researchers found that bouts of heat wiped out a third of the income derived through farming! In Pakistan, the average monthly rural household income is 20,000 rupees (roughly $200), which is barely enough to feed a typical household consisting of 6 or 7 people. It is no wonder that when heat stress reduces crop yields and this low income drops by one third, farming becomes untenable and rural Pakistanis are forced to migrate and find alternate means to feed their family. Mueller and colleagues also identified the group that was most likely to migrate: rural farmers who did not own the land they were farming. Not owning the land makes them more mobile, but compared to the land-owners, these farmers are far more vulnerable in terms of economic stability and food security when a heat wave hits. Migration may be the last resort for their continued survival.

It is predicted that the frequency and intensity of heat waves will increase during the next century. Research studies have determined that global warming is the major cause of heat waves, and an important recent study by Diego Miralles and colleagues published in Nature Geoscience has identified a key mechanism which leads to the formation of “mega heat waves”. Dry soil and higher temperatures work as part of a vicious cycle, reinforcing each other. The researchers found that drying soil is a critical component.. During daytime, high temperatures dry out the soil. The dry soil traps the heat, thus creating layers of high temperatures even at night, when there is no sunlight. On the subsequent day, the new heat generated by sunlight is added on to the “trapped heat” by the dry soil, which creates an escalating feedback loop with progressively drying soil that becomes devastatingly effective at trapping heat. The result is a massive heat-wave which can wipe out crops, lead to water scarcity and also causes thousands of deaths.

The study by Mueller and colleagues provides important information on how climate change is having real-world effects on humans today. Climate change is a global problem, affecting humans all around the world, but its most severe and immediate impact will likely be borne by people in the developing world who are most vulnerable in terms of their food security. There is an obvious need to limit carbon emissions and thus curtail the progression of climate change. This necessary long-term approach to climate change has to be complemented by more immediate measures that help people cope with the detrimental effects of climate change by, for example, exploring ways to grow crops that are more heat resilient, and ensuring the food security of those who are acutely threatened by climate change.

As Mueller and colleagues point out, the floods in Pakistan have attracted significant international relief efforts whereas increasing temperatures and heat stress are not commonly perceived as existential threats, even though they can be just as devastating. Gradual increases in temperatures and heat waves are more insidious and less likely to be perceived as threats, whereas powerful images of floods destroying homes and personal narratives of flood survivors clearly identify floods as humanitarian disasters. The impacts of heat stress and climate change, on the other hand, are not so easily conveyed. Climate change is a complex scientific issue, relying on mathematical models and intrinsic uncertainties associated with these models. As climate change progresses, weather patterns will become even more erratic, thus making it even more challenging to offer specific predictions.

Helping farmers adapt to climate change will require more than financial aid. It is important to communicate the impact of climate change and offer specific advice for how farmers may have to change their traditional agricultural practices. A recent commentary in Nature by Tom Macmillan and Tim Benton highlighted the importance of engaging farmers in agricultural and climate change research. Macmillan and Benton pointed out that at least 10 million farmers have taken part in farmer field schools across Asia, Africa and Latin America since 1989 which have helped them gain knowledge and accordingly adapt their practices.

Pakistan will hopefully soon engage in a much-needed land reform in order to solve the social injustice and food insecurity that plagues the country. Five percent of large landholders in Pakistan own 64% of the total farmland, whereas 65% small farmers own only 15% of the land. About 67% of rural households own no land. Women own only 3% of the land despite sharing in 70% of agricultural activities! The land reform will be just a first step in rectifying social injustice in Pakistan. Involving Pakistani farmers – men and women alike – in research and education about innovative agricultural practices in the face of climate change will help ensure their long-term survival.