“What would become of us, if we walked only in a garden or a mall?”
~ Thoreau, Walking

It is true that Thoreau had great misgivings about the railroad coming to Concord, and he correctly surmised that the train would make his beloved town a suburb of Boston. Somewhat inevitably, this has lead to the following sketches for a series, most likely to be submitted to the History Channel for immediate development into that esteemed channel's next surefire hit. (Note to my agent: While some of these may not seem funny, I can assure you that they are. Humor in the nineteenth century was just a bit different from ours, is all.) 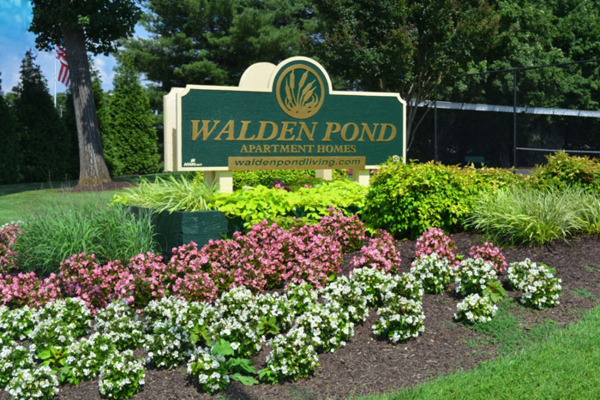 Henry David Thoreau, philosopher, naturalist and iconoclast, is bored and restless. He starts farming beans in his front yard but is soon issued a citation by the homeowners' association. At the next association meeting, with his case on the agenda, he stands up and, in his defense, gives a rousing speech about self-reliance. This is not especially well received. Thinking they can salvage the situation, Thoreau's children persuade their science teacher to make the bean plot their submission to the science fair. However, in order for it to be a legitimate science experiment, the teacher insists that half the plot be planted with GMO beans.

Thoreau goes for a walk in the woods and gets lost. He is found and saved by a troop of Boy Scouts. In gratitude, he teaches them to forage for food. However, one of the scouts has a nut allergy. After a lengthy and anxious detour at a hospital, Thoreau returns home with a lawsuit on his hands. (Production note: Scoutmaster to be played by William H. Macy).

Having refused to pay taxes for some years, Thoreau eventually gets audited by the IRS. When the auditor arrives to review his paperwork, Thoreau accuses him of leading a life of quiet desperation. After that, he's really in trouble. Fortunately, his back taxes are paid the next day by his wealthier aunt, and Thoreau, like the Cincinnatus of civil disobedience that he is, returns to his bean field, once again a free man.

Thoreau takes up surveying as a hobby. Eventually, his volunteer work – and his incessant complaining about not being paid – leads the town council to hire him Thoreau as a surveyor. He is thrilled with his new job, not least because it allows him to trespass all over his neighbors' lands. He's really beginning to feel like he has reconciled his place in the community with his own perception of how a man should live. Nevertheless, one day he overhears people in the office discussing the fact that his maps are to be used by Toll Brothers for planning a new development. Thoreau resigns in principled disgust, and ponders his revenge.

Thoreau gets involved in the protests against fracking, an obvious threat to both the town and the countryside. But Mrs. Thoreau reminds him that “a good chunk” of the children's college fund is being generated from dividends yielded by energy-based master limited partnerships, and if the kids are going to go to a good school they had better be able to afford it, since Harvard certainly isn't getting any cheaper, not that he would know, as it's been how long since he last visited his alma mater, and why is he no longer so close with Ralph Waldo Emerson anyway, the two of you really hit it off when Emerson gave that speech at Harvard that Thoreau liked so much, and he (Emerson, that is) is such a well-respected person with connections and character and maybe there's an opportunity for a nice little earner with someone in his network, you never know and you'll certainly not meet anyone sitting around in the woods all day, will you, now?

Thoreau's philosophy and activism draw the attention of the Earth Liberation Front, several of whose members move into the Thoreau household. Mrs. Thoreau is none too pleased as Thoreau participates in the liberation of a foie gras farm that goes hilariously wrong (the duck and geese are too full to flee through the hole blown in the fence by the ELF). As a result, the FBI begins building a file on Thoreau. His fame steadily spreading, Thoreau also begins receiving correspondence from an incarcerated Ted Kaczynski. Awkward!

Thoreau's friend and mentor Ralph Waldo Emerson attempts to introduce Thoreau to a broader circle of authors and critics. This eventually becomes the New England Transcendentalist movement. The Dial is its flagship magazine, where Thoreau argues along with everyone else what exactly Transcendentalism is. Thoreau is jealous of Nate Hawthorne, who recently published “The Scarlet Letter,” a novel about social media ostracism involving a scarlet “@” sign, or some nonsense like that, and repeatedly tries to get Edgar Allan Poe to write scathing reviews of Hawthorne's work. (Production note: have Poe meet Thoreau at a Concord tavern, where Poe proceeds to drink the entire town under the table. Afterwards, for closure, he and Thoreau burn down the Toll Brothers offices). Money is tight. But some hipsters are opening Walden's first fair trade espresso bar, and they have been both admiring and envious of Thoreau's beard for quite some time. After jimmying him into skinny jeans and training him to pull shots, Thoreau becomes a renowned barista. However, after several weeks he acquires repetitive stress injury in his wrists. Because he is on a 1099, he cannot claim unemployment or disability. Since his injury precludes hoeing as well as shot-pulling, he now also has to hire Mexican migrant workers to tend his bean field for him; the episode ends on a heart-warming note with the Mexicans sharing all kinds of new and delicious bean recipes with Thoreau and his family.

Thoreau opens a small business to lead walking tours through the Concord woods. The venture is unsuccessful, as Thoreau prefers to walk out to a spot and sit there for a long time. This is the only way in which he can observe birds and other wildlife, as well as the changing of the seasons. (Production note: based on his recent work in Her, ask Joaquin Phoenix if he would like to play the part of Thoreau for this episode).

Thoreau goes to the Walden Whole Foods, where he sees the beans he grew displayed as “Local Produce,” but he cannot afford to buy them himself. Also, he cannot seem to convince the manager that he is, in fact, the farmer who produced the beans in the first place. Whether this was to negotiate a discount on the purchase or for some other reason is unclear, as Thoreau is soon escorted from the premises by security.

Money is tight. But in the course of tilling his bean field and walking around the woods, Thoreau has amassed a formidable collection of Indian arrowheads. He sets up a shop on eBay to sell them. After an initial commercial success, eBay receives a cease-and-desist letter from lawyers representing the Indian nation whose patrimony is allegedly on the auction block. Thoreau's defense, that “it appeared by the arrowheads which I turned up in hoeing, that an extinct nation had anciently dwelt here and planted corn and beans ere white men came to clear the land, and so, to some extent, had exhausted the soil for this very crop,” is considered inadequate if not irrelevant, and eBay shuts down his shop. Thoreau receives angry letters from customers whose orders go unfulfilled.

To help him in his quest to simplify his life, his wife buys him a subscription to Real Simple magazine. But her credit card is hacked during the online purchase, and Mrs. Thoreau finds her identity stolen by rugged, independence-minded anarcho-libertarian hackers of indeterminate nationality. To help defray the costs of the charges that the credit card compny refuses to cover, Thoreau takes a job as an adjunct professor of English at the local community college. Since he never claimed his Masters at Harvard, he is told that, regretfully, he cannot be considered for a full time position.

Despite his successes in improving the quality of both product and process in his father's pencil-making factory, Thoreau goes to work one day only to find that all manufacturing has been offshored to Shenzhen. However, as salary costs continue their inexorable rise there, rumors abound that the pencil factory will soon be “re-shored.”

Thoreau's manuscript “Walden” is rejected by all publishers. After deciding to self-publish and spending much of his family's remaining savings on this enterprise, he holds a reading and book signing at the local Barnes & Noble. No one shows up. Dejected, Thoreau calls up Emerson, asking if he would connect him with Emerson's agent. Emerson says he will get back to him, but suggests in the meantime that he take up blogging instead.